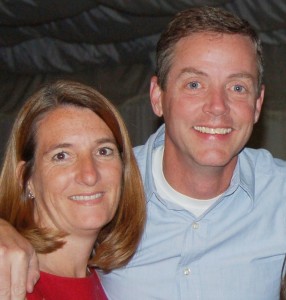 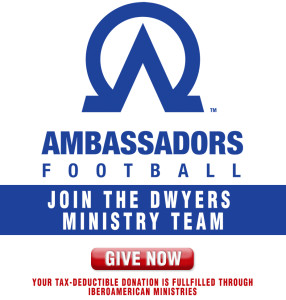 Hello, we’re the Dwyers and we had been living in Santiago, Chile since 2008 originally working with IberoAmerican Ministries and now serving with Ambassadors Football since 2011. Due to David’s focus on the support of Ambassadors works worldwide, we returned to the United States in December of 2021. Being back stateside enables us to be closer to the International Ambassadors base and to better lead the development of Toward The Goal a children’s curriculum that helps children around the world to know Jesus through the Word of God.

Michelle and David met while attending Judson University in Elgin, Illinois. Michelle is originally from Apple Valley, MN and David grew up in Chardon, OH. Prior to their time in Chile the Dwyers lived in Chicago, Boston, Indianapolis, Seattle, and Costa Rica.

The Dwyers have two children that Michelle has always home-schooled. Nolan and Kaylyn both live in the United States and both graduated and were married in the summer of 2019. 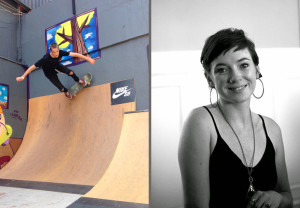 The football (international)/ soccer (USA) / futbol (Spanish) ministry began in Santiago with a desire to take the existing futbol ministry inside of our church, outside the confines of the church property. After a team from Ambassadors Football Brasil came to serve with us for 10 days and show us what was possible, David then teamed up with his best friend and Ambassadors coach, Roberto Lozano, and the Chilean Ambassadors Football ministry was formed. 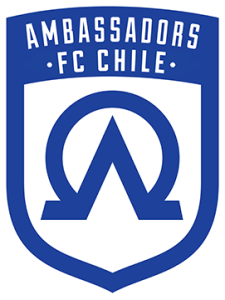 In 2013 David teamed up with Aaron Tredway the Ambassadors Football Director of Pro Player Ministry and Global Development to launch TO/WHO; a ministry that seeks to help footballers around the world to embrace their passion for Jesus as deeply as they embrace their passion for football. David serves TO/WHO in the areas of branding, web, and content development. You can see their work here:
www.towho.org
Facebook
Twitter

David brings an entire careers worth of experience to this work having learned storytelling and creation skills from some of the world’s best. His past work experience includes:

As Chief Story Teller for Windows, at Microsoft, David’s primary responsibility was to bring the Windows consumer story to life and unify the consumer messaging across all Windows platforms. His primary canvas for this storytelling was the Windows web properties at Microsoft. 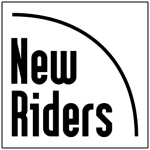 In his role as an Acquisitions Editor and eventual Publisher of New Riders, David’s book publishing career fell in sync with the emergence of the World Wide Web as a consumer entertainment hangout place. He published the first book on how to prepare graphics for the web, web usability, and Flash web design. His time at New Riders also coincided with the explosion in digital photography and Photoshop use and David led New Riders to the forefront of these markets.

David is humbled to have partnered with incredible authors such as:

We have personally embraced these verses from Proverbs as the guiding principles for our work.

Proverbs 3:5,6 (ESV)
5 Trust in the Lord with all your heart, and do not lean on your own understanding.
6 In all your ways acknowledge him, and he will make straight your paths.

Ambassadors Football Chile has embraced this verse from Colossians to guide them in all their endeavors.

Colossians 3:23 (ESV)
Whatever you do, work heartily, as for the Lord and not for men.